Victim claims he was tortured nearby Ankara Palace of Justice

A torture victim in Turkey claimed that he was tortured 100 meters away from the Palace of Justice in Ankara, the nation’s capital.

Cevheri Güven, the former top editor of Nokta magazine, which was shut down by an emergency decree law, interviewed a torture victim who was subject to maltreatment and torture in a mass custody center in Ankara.

The testimony of the torture victim describes the weeks-long maltreatment and torture of hundreds of people who were taken into custody after the failed coup attempt on 15 July 2016.

The victim, who spoke on the condition of anonymity, told Güven that they were kept in a gymnasium with hundreds of people where it was forbidden to lay down flat on their back, face down or on their left side. “There were only one restroom and two baths for 160 people,” the victim said, “They were giving us water in two-hour intervals. We were waiting for our turn to be able to take a bath for days. I was interrogated 11 times, and I didn’t have an attorney.”

When Güven asked if the victim was subject to a direct torture, he confirmed: “Yes, they tortured me and the others. The officials were carrying people anywhere else in vans. Only a few of them returned. The ones who could return told us that they were beaten continuously in the vans to prevent them from seeing the itinerary.”

The torture center is nearby Ankara Palace of Justice.

The victim also quoted observations of people who could return to the torture center: “The officials told everyone that they wouldn’t be able to survive unless they talk. No one would care if we kill you, they said. Maybe your family would take compensation years later, but nothing will happen to us.”

Güven asked the victim if the people in custody were military personnel or civilians. The victim responded: “First time I was taken into custody they were all general staff officers. In my second time, almost all of them were civilians—engineers, doctors, teachers. The ones who did not talk according to the officials’ wishes were heavily tortured. They were tied to chairs nakedly and hosed with high-pressure water. The officials were continuously pouring icy water over the heads of victims. It was forbidden to speak. I asked a man who was crying on the line of restroom what happened. He told me they raped him with a baton.”

The victim remarked that the conditions were much worse in the second time. The police did not let them talk. “Doctors were afraid of writing torture reports. A doctor wrote a torture report, they sent him elsewhere, and obtained ‘no torture’ reports from another hospital,” the victim said.

Journalist Cevheri Güven believes that the gymnasium which was located on the map is only one of many torture centers in Turkey. Güven calls the human rights associations around the world to react to the victim’s testimony. 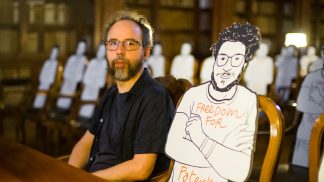 Gianluca Constantini: The idea of Justice in Turkey is really under trial 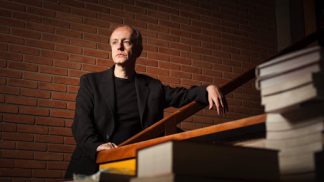 Daniele Giglioli: ‘The victim has become the hero of our time’ 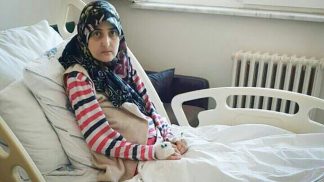 Purge in Turkey: The tragic story of Görmez family